We are trying to solve a barn mystery. Why are Nemo's shavings getting so damp & heavy? It's the weirdest thing!! Koda & Harmony's shavings stay dry, except of course where they pee.

We thought perhaps it's because Nemo circles and circles in his stall, spreading everything everywhere. Into a million little pieces. Or maybe it's because he has a urinary condition. When his calcium builds up, he drips. A lot. But we haven't observed any dripping, only steady streams. Music to our ears. We may be the only horse owners that smile every time their horse pees :) Now that we don't feed hay on the floor, he prefers to do so outside. I don't find much in his shavings.

Nemo absolutely loves his window, and checks it constantly. He has to keep those in his world safe you know. It's who he is. He is a horse that could happily live outside all year, except his coat, feet and allergies say differently. In part, why he willingly comes inside. He does love hanging out in outdoor shelters, so that may change once we have one. Although I am sure he will want to come in for his grain supplements.

Maybe the dampness is from Nemo's stall/window placement? Rain could be coming at an angle in his window, and not the others. Nope. Our stall windows are closed now that it's cooler, and his shavings are still getting heavy and damp. We thought about switching Koda & Nemo's stalls for a few days as a test, but I don't think it's the horse.

The waterer could be leaking? We have checked and rechecked the mechanics. The surrounding shavings reveal no leak. For a while, we resorted to just accepting that Nemo has damp shavings for whatever reason. But emptying and re-liming his stall weekly is getting old. This week, I did it twice! There is the added expense, and then I have to make a second (or third) wheel barrel trip. The biggest reason we want to solve this mystery, is our big soulful guy deserves dry shavings.

I've whined said from day one, the cause has to be something underneath his stall. Condensation? I don't know. Our water drain from the wash stall runs under Koda's stall, in PVC. Every stall has a water line housed in PVC.  Maybe his water line didn't seal completely? Brad is convinced the damp shavings are caused by Nemo's churning, but that doesn't make sense to me. It is literally the whole stall. I am sure you are thinking, what's the big deal? The consistency isn't too far off from heavily peed on shaving, minus the stench. I doubled the lime I used this last time, and the shavings seem to be holding up better.

Brad is considering pulling Nemo's mats, and looking around. No doubt just to shut me up lol! Last thing Brad needs is more things to do. It will be worth it IF we can solve the mystery!?!! 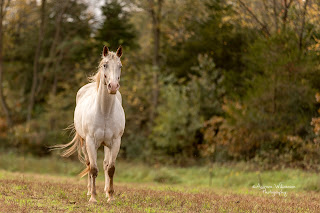 Very curious. Have you moved him into one of the other stalls to see if the same thing happens when he's in a normally "dry" one?

We haven't, but we should. If the shavings in the stall we move him into turn damp & heavy, and his original stall stays dry, then we would have our answer. It would certainly be easier then pulling mats.

That is baffling. I would switch stall and see what happens. It could be just a process of elimination until you figure it out. Good luck. Sounds like a lot of work pulling mats, I've done it and it sucks.

I concur, move stalls and see what happens before going to any further effort.

Hi Aurora. Did you solve the mystery?

No, not yet. After posting, Nemo's shavings have been pretty normal all week. Switching horse stalls wouldn't reveal much if the shavings are staying dry for him now. Which makes me think it's weather/condensation related.

This morning I walked in and overnight his shavings were unusually dark (aka damp) again. Sigh. Does one take all the damp shavings out? Leave them in? His shavings aren't really soiled. I did what I usually do and removed the worst, re-limed and added a new bag. I didn't have the heart to ask Brad to lift mats. Will see how the next week goes, and may empty the whole stall and switch him with Koda. Their stall placement fits them well, they aren't going to be too thrilled.

Thanks for asking Linda. I will eventually do a follow-up post on all my questions.

it will be interesting to find out what it is, I often see one horse with a damper stall than others because of pacing or churning but I would still be curious. Playing catch up, it has been far too long since I have blogged