Our Fall sunsets & clouds have been colorful, unfortunately it was a no-photography week for me. My plan was to choose an archive photo. I was happy to hear quackers on the move yesterday, while bringing the horses in: 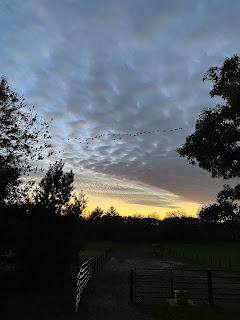 Fall Evening
about a half hour after sunset
(7:15pm) 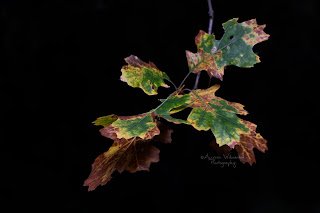 Dogs are one of my absolute favorite things to photograph!! They are so expressive and willing.

It was hard to choose which photos (and dogs!) to feature. Most of you know I currently have three dogs in my life: Tank (yellow Labrador) is ours. Grand dog Jameson (black Labrador) lives with us. I watch my other grand dog Remi (Bernese Mountain Dog) at least a couple days a week. We call it, Aurora's Doggie Daycare. I get paid with companionship, full of love and licks. I frequently post photos of all three. For this challenge, I will feature a recent selection of our Tankeedoodle. 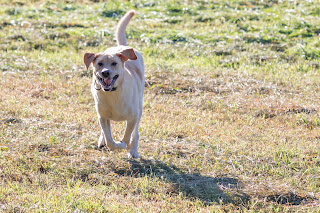 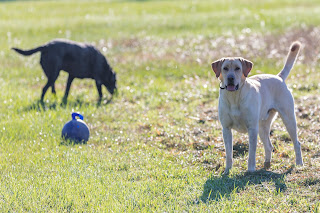 He frequently brings it on walks. The ball can be found anywhere on our property. 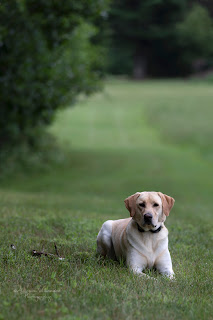 Tanky patiently waiting for us 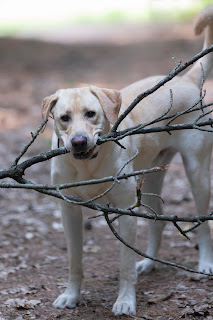 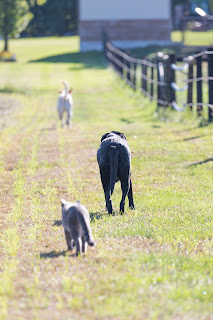 Say what? They aren't all dogs? Try telling that to Leo our cat-dog.

I looked across our valley and tried to figure out what I was seeing. I was stunned! There were hundreds and hundreds of fast flying creatures zooming around the fields and pastures, shimmering in the early evening sunlight. The flying phenomenon stopped me in my tracks. Were they lightening bugs? I took a short video, and then walked down to the field for a closer look.

After I figured out what was dancing before my eyes, I hustled back to the house to grab my camera. That caught Brad's attention. He came outside to see what was going on "are those all Hummers?"

I was like a kid in a candy store! Natures show lasted around 10-15 minutes, then poof!! They were gone. Capturing the ever changing super fast magical shimmer performance of the Green Darner Dragonfly, was one of the hardest things I've attempted to photograph. What an incredible experience!! 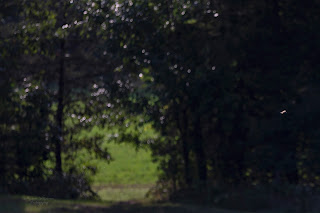 "The common, huge green or blue dragonfly most often seen in heavy numbers during late summer and fall, the green darner is known as one of our few migrating insects. Large hatches may occur simultaneously during August, with tens of thousands of insects moving south along with monarchs into fall." 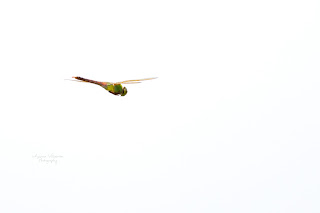 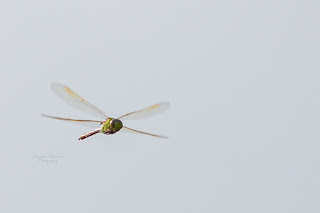 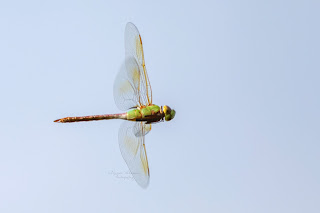 Sometimes you get an unexpected uplifting surprise, when you need it the most.